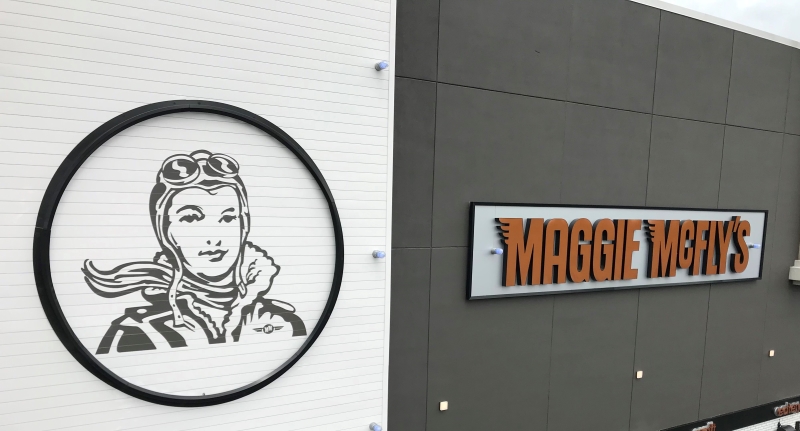 As the 9th restaurant under the same name, this location of Maggie McFly’s was entering a new market, and they needed to have the signage to attract customers away from neighboring restaurants on either side of their location.

At the customer’s previous restaurants, the translucent copper specified by the architect came out as a pale yellow at night. With copper as their corporate color, used throughout the interior of the restaurant, the team at FASTSIGNS supplied them with 4 additional options on how to properly illuminate copper on a channel letter at night. They eventually chose a sample the team made using cast wrap vinyl on the first surface of clear polycarbonate, with a diffuser on the second surface.

FASTSIGNS also added copper ADA signs for the restrooms, as well as copper letters for M and W on the restroom doors, using the Maggie McFly’s hand drawn logo font. The customer also requested the team to produce interior artwork, which the team suggested they do as printed onto a second surface of 1/4" acrylic with a floating French cleat so that no hardware was visible. They also installed frosted vinyl on the front door that matched the painted logo on the exterior of the building to complete the Maggie McFly’s brand feel.

FASTSIGNS employed the help of an outside vendor to produce the custom 14' diameter illuminated ring on the building, as well as the two frames on the exterior that the 48" tall channel letters are mounted to. Though FASTSIGNS could have fabricated the two large frames, they had no local source for a 14' ring that was bent from an extrusion specified by the architect. By working together, the team and vendor were able to complete the project, along with 110' of 18" tall sign band that wraps around the exterior sides of the restaurant. That particular sign band holds 4 sets of reverse halo signs that promote the brand’s taglines of "LOCAL, CRAFT, EATERY & BAR.” The FASTSIGNS team carved these in-house on their CNC machine from 2" HDU, and painted copper to match the interior design elements. 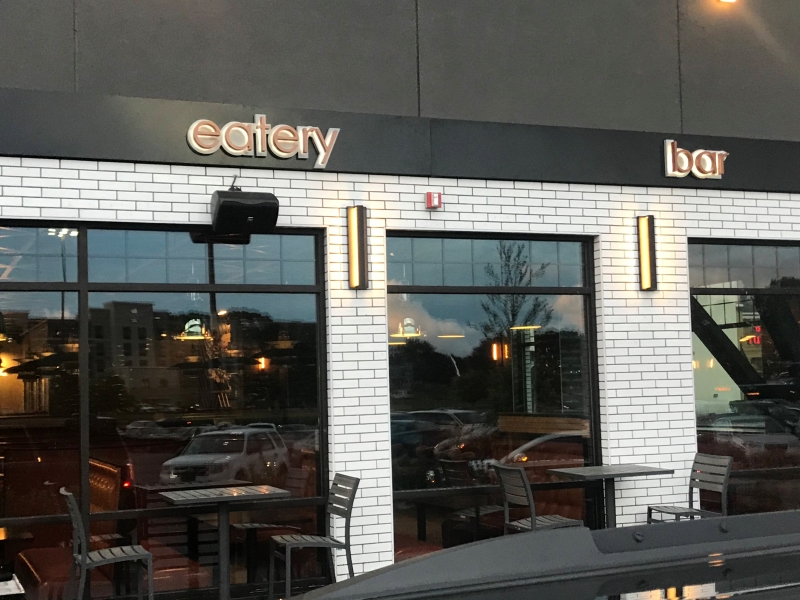 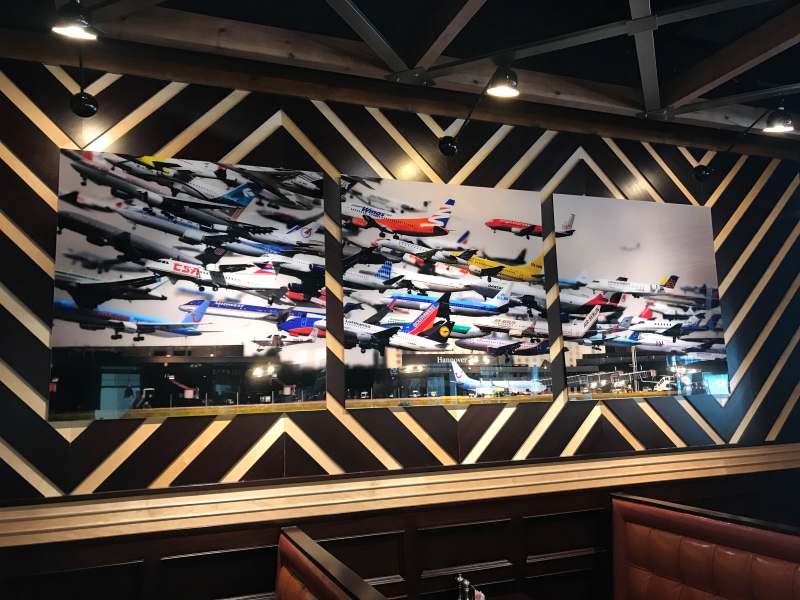 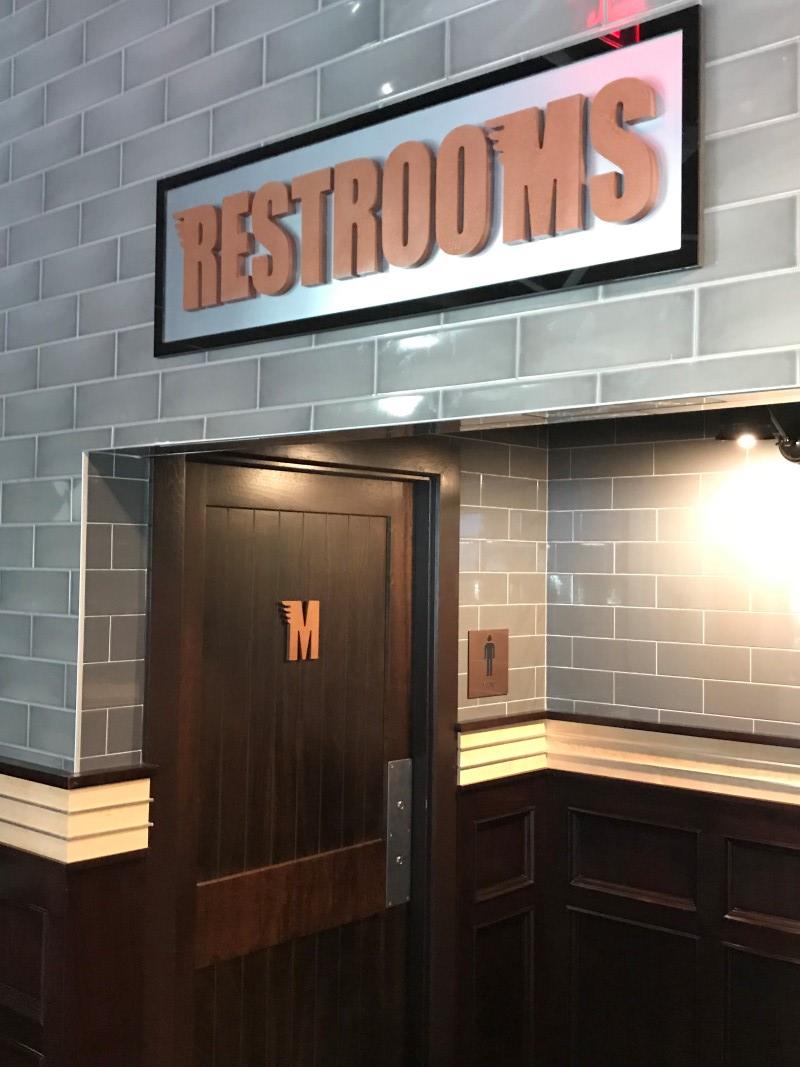 This location is quickly becoming their flagship restaurant with over four sets of channel letters to create a cohesive brand solution. As a result of their success, the client has asked them to reface their other eight stores using the same method.