FASTSIGNS® of Bellevue, WA believes strongly in supporting those in need within their community. One young member of the community, Grayson Stumpf, an 11 year old boy was diagnosed with a DIPG brain tumor in June 2020 and has been in the fight of his life. His mother, Summer King Stumpf, worked for FASTSIGNS of Bellevue for 10 1/2 years. To show their support and rally around their own, the team at FASTSIGNS has been actively involved in various ways to support this family. 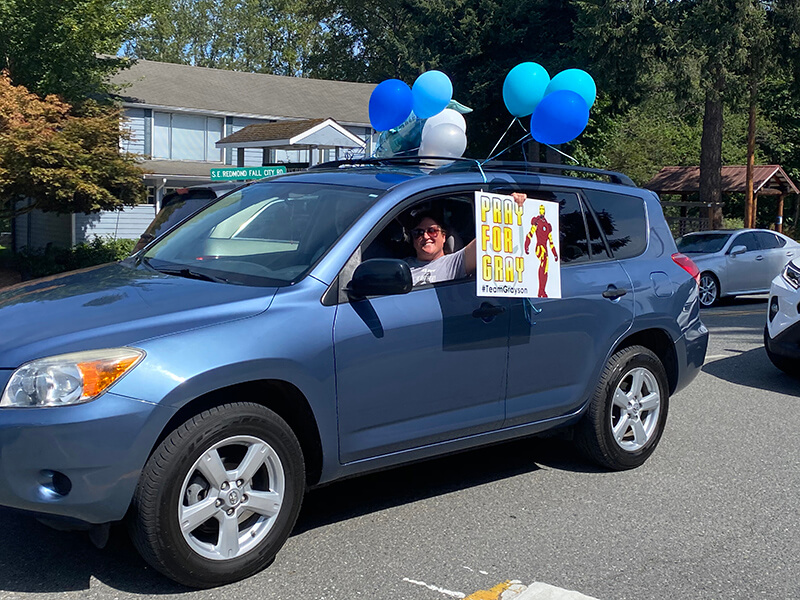 FASTSIGNS assisted with a community-wide Make-A-Wish parade in 2020 to send Grayson good wishes. The event was truly a success with over 200 cars in attendance. Because Grayson loves Ironman and seals, the FASTSIGNS team happily decorated the cars with vinyl graphics and banners that were full of sea life creatures, especially seals.

FASTSIGNS donated several signs both to raise money and create awareness at the Make-A-Wish parade. They also raised $1500 in sign and car decal donations and contributed to the GoFundMe page on behalf of Grayson. 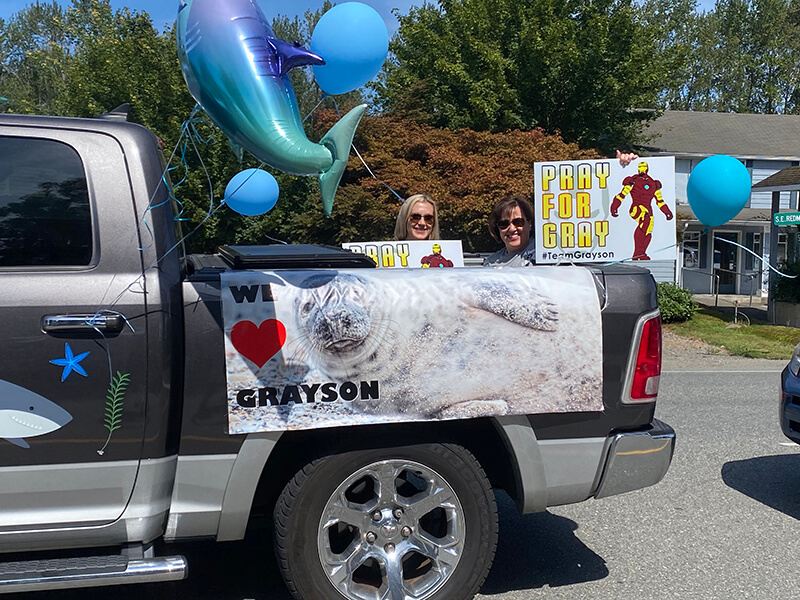 To help Grayson celebrate his last day of radiation when he got to ring the bell at the hospital, FASTSIGNS designed Ironman banners and signs for his family to hold when he came outside.

“We felt like all of this was the least we could do for this amazing local family,” said Rochelle Juetten, franchisee at FASTSIGNS of Issaquah. “They are a part of the FASTSIGNS family, and we have and will do whatever we can to help them in this fight.”