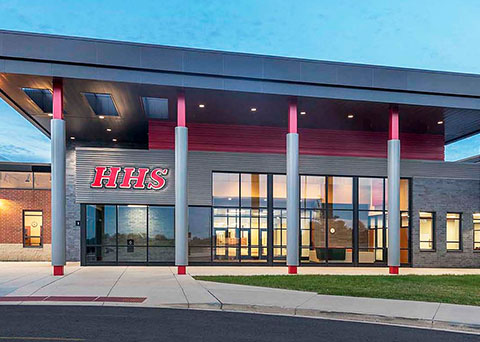 Five post and panel wayfinding signs were created by FASTSIGNS® to help people navigate the campus. Soon after this was completed, dimensional lettering was added to an arch that spans the entranceway of the school’s stadium, illuminated channel letters were added to the building and a bronze dedication plaque was installed inside the new wing. 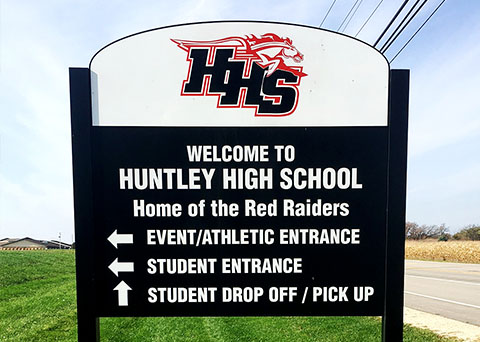 The campus looks like the state-of-the-art education facility that it has become, providing the visually inspiring environment the school district sought for their students, families and other supporters. Because of the great work, FASTSIGNS was then asked to design and install an emergency responder room identification system for all seven schools in the district.

*FASTSIGNS of Carpentersville, IL is owned by Eric and Deb Christiansen.