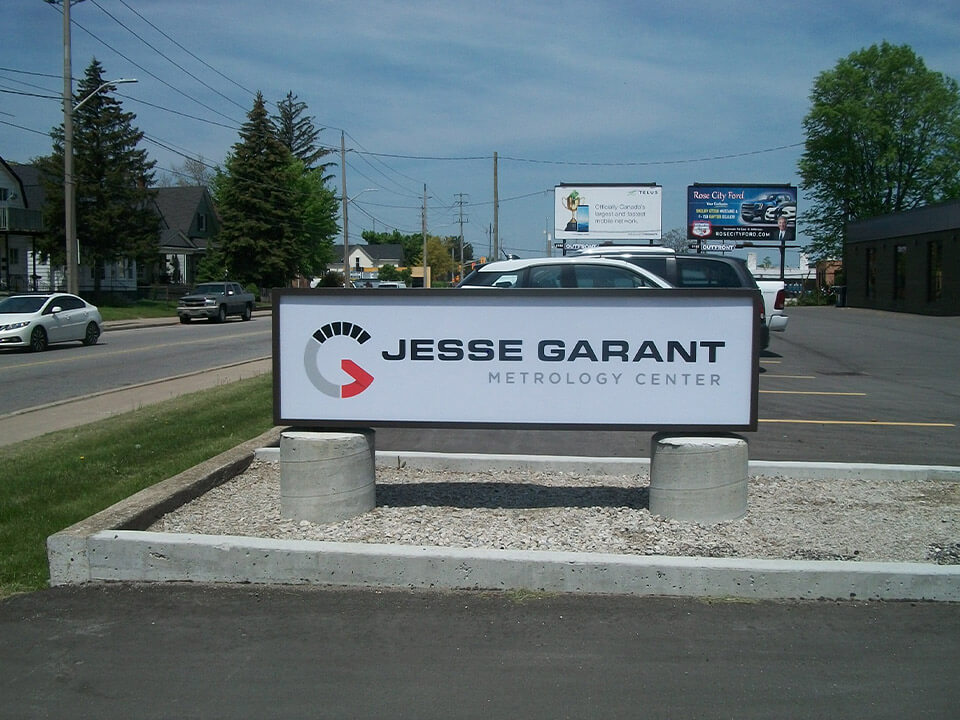 Jesse Garant & Associates, a specialized parts inspection company, rebranded and became the Jesse Garant Metrology Center to more accurately reflect the imaging focus of their company. When the growing business expanded their operations, moved their corporate offices and acquired a U.S. satellite location, they needed custom sign and visual graphic solutions to build awareness and have consistent branding for each facility.

The locations received updated exterior fascia signs, ground illuminated sign boxes and door graphics with a clean and simple look to brand and identify them to the surrounding area. Graphics were applied to each company vehicle to promote their services with each mile driven. Inside, dimensional wall signs were hung, and specially designed graphics and decals were applied to the scanning and X-ray equipment. 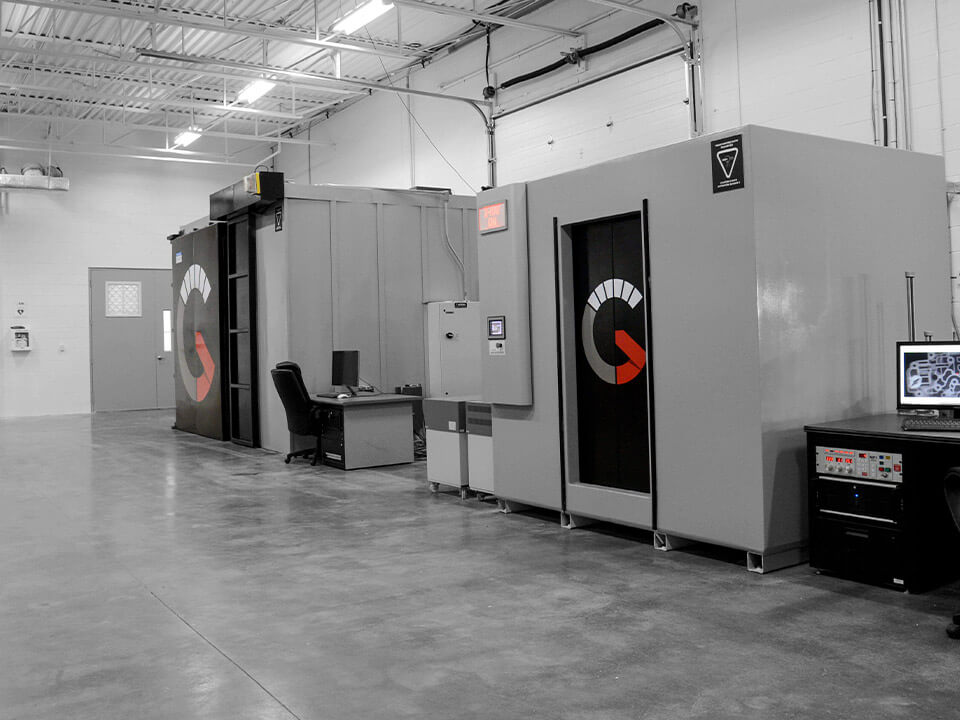 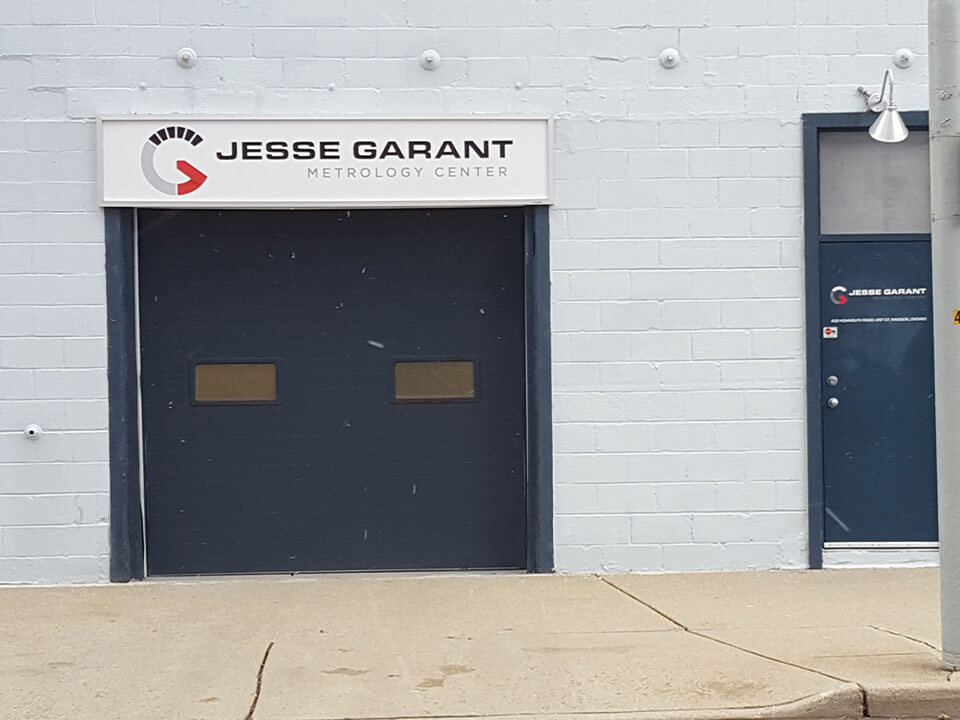 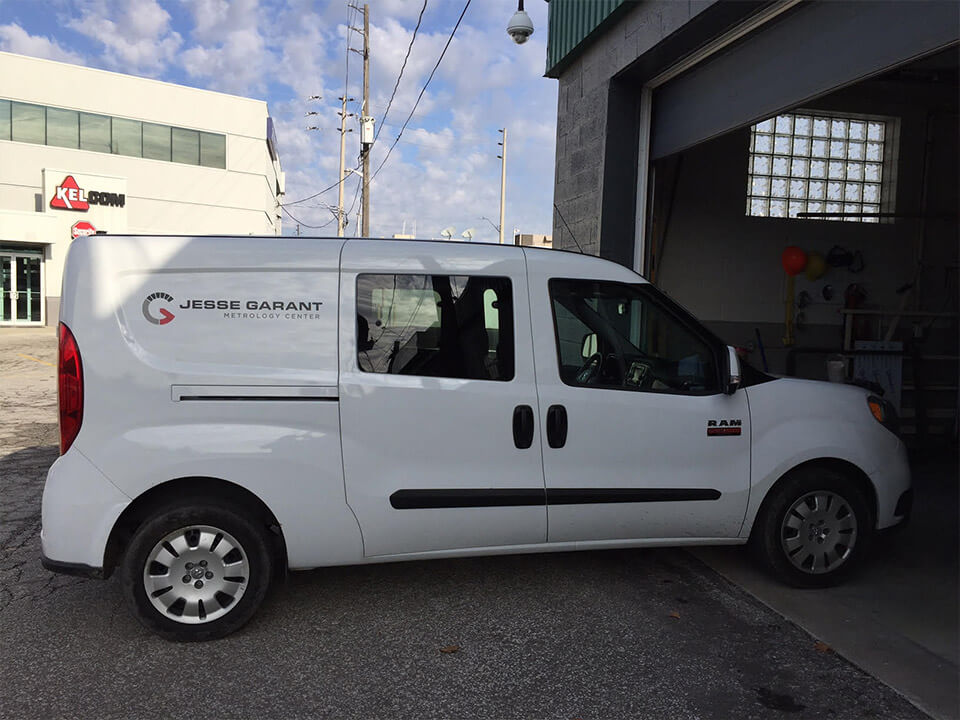 The clean look and new signage increased visibility and awareness for Jesse Garant Metrology Services. In 2017, the company made the 2017 PROFIT 500 list with a five-year revenue growth of 619%.

*FASTSIGNS® of Windsor, ON is owned by Donna Bilodeau and Jackie Raymond.