Promoting a Motion Picture with Signs and Visual Graphics

FASTFORWARD Media contacted FASTSIGNS to create a brand identity for “Ice Cowboys” and to help provide visual communications that promote the film.

FASTSIGNS® developed the logo for the documentary and compelling signage and visual graphics. “Our main goal was to help FASTFORWARD Media visually communicate their new film and provide consistent branding across all marketing platforms,” said FASTSIGNS’ Laurie Sigillito.

During the production of the film, FASTSIGNS provided backdrops, banners for the live racing events and branded microphone covers. FASTSIGNS also created artwork for the DVDs.

The FASTSIGNS team provided a vehicle wrap to promote the brand and create buzz around the film. To complement the vehicle graphics, FASTSIGNS designed a dimensional graphic for the roof of the car to reflect the “Ice Cowboys” logo and stand out on the road. 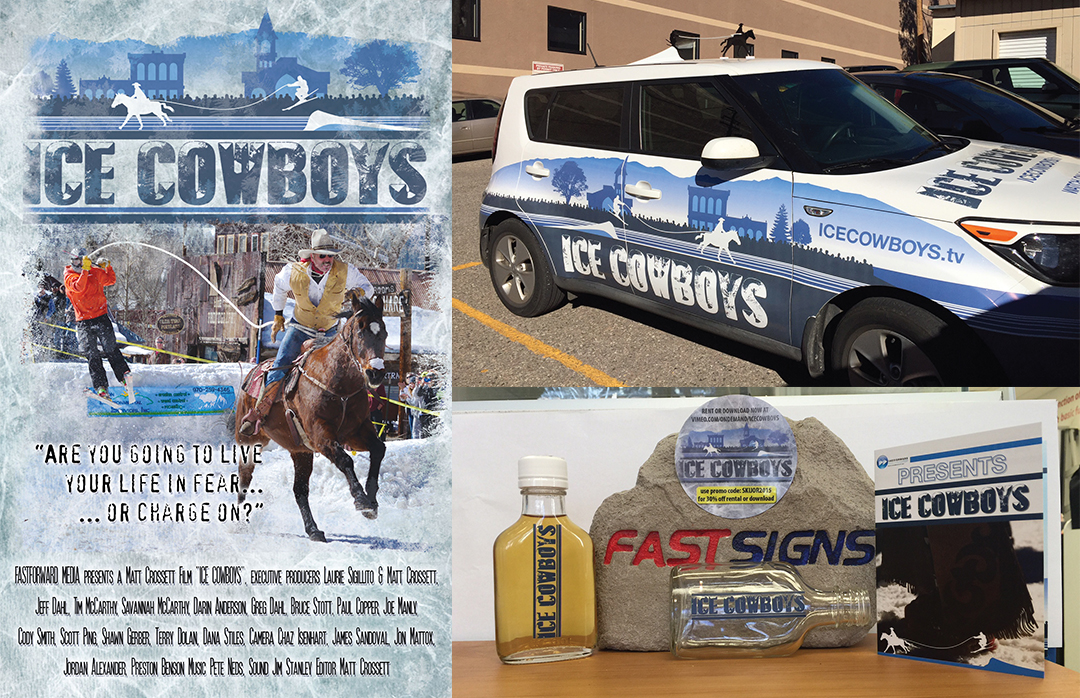 Using consistent branding with comprehensive visual communications, FASTSIGNS helped FASTFORWARD Media make a big splash to promote its documentary. The film garnered so much attention that it was accepted into the EQUUS Film Festival in New York City, and FASTFORWARD Media is planning to produce an on-going TV series. FASTSIGNS continues to support FASTFORWARD Media with signage and visual graphics to promote the “Ice Cowboys” across the country.

*FASTSIGNS® of Durango, CO is owned by Laurie Sigillito.