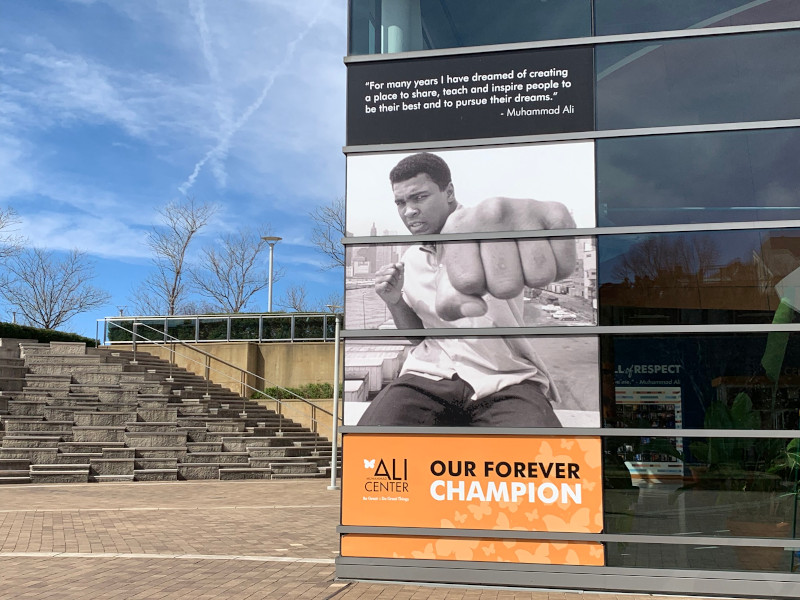 After 16 years, The Muhammad Ali Center wanted to revitalize their facility with renovations to their main entrance and lobby to better recognize donors, showcase influential friends and welcome new and returning visitors. As a part of this project, new signs and graphics were designed and installed, and many existing displays were updated and reinstalled.

FASTSIGNS® helped the Muhammad Ali Center determine the best route for merging existing elements for reuse with the newly designed pieces and colors.

As their donor campaigns have grown, the center needed a better representation of those who help Ali’s legacy continue. Displays featuring donors and the original founders were reworked and repurposed to merge together into a new display. All of the donor recognition pieces were then put together in a centrally located area for visual cohesion. The Wall of Respect, which showcases the many influential and famous friends who have visited the center, was remade with new materials to fit the expanded recognition area.

Fabricated metal letters were placed on the new canopy above the Ali Center Store. A 10-foot portrait of the iconic boxer was used to create a mural that highlights the center’s mission statement. New directories and room designation signs were also installed to create a cohesive wayfinding experience.

Two columns in the main lobby were wrapped with an image that serves as the target for an Augmented Reality app that provides an interactive experience for visitors. Plaques highlighting the details of Ali’s major fights were placed underneath clocks that represent the time zones each fight occurred in. 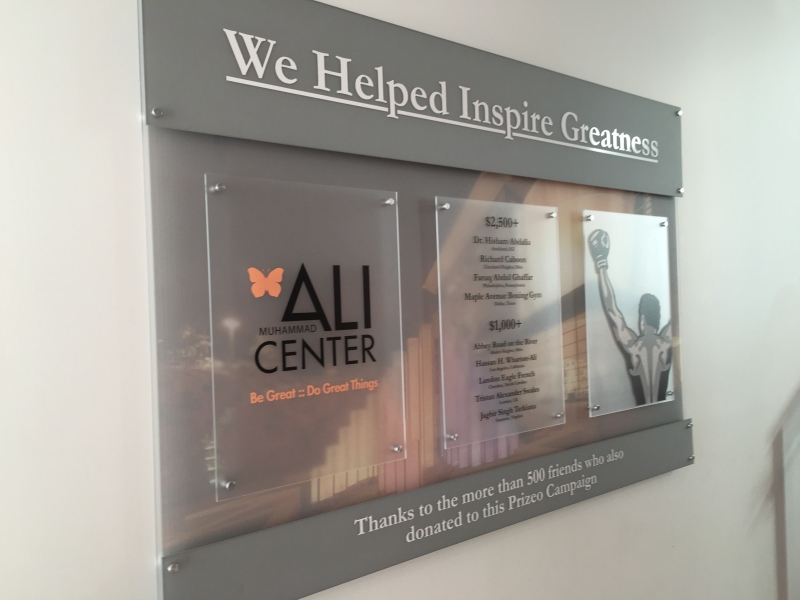 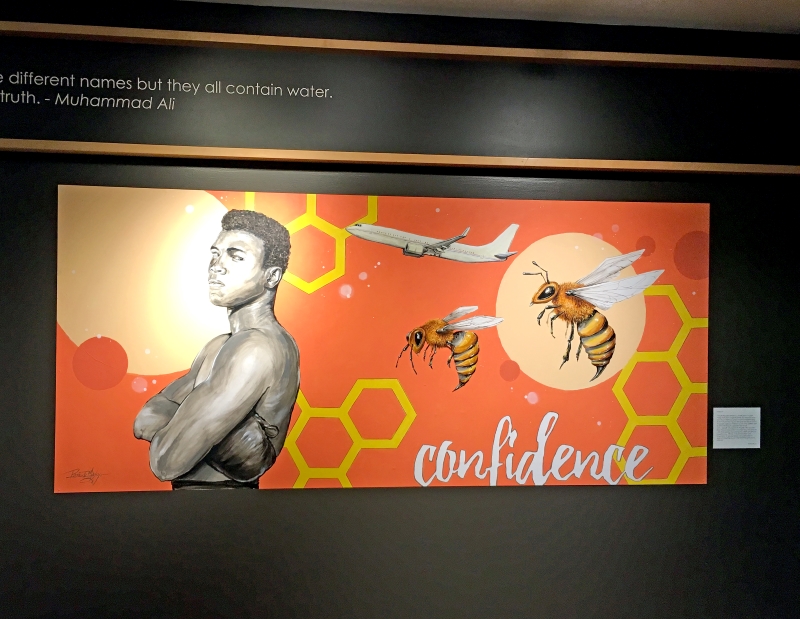 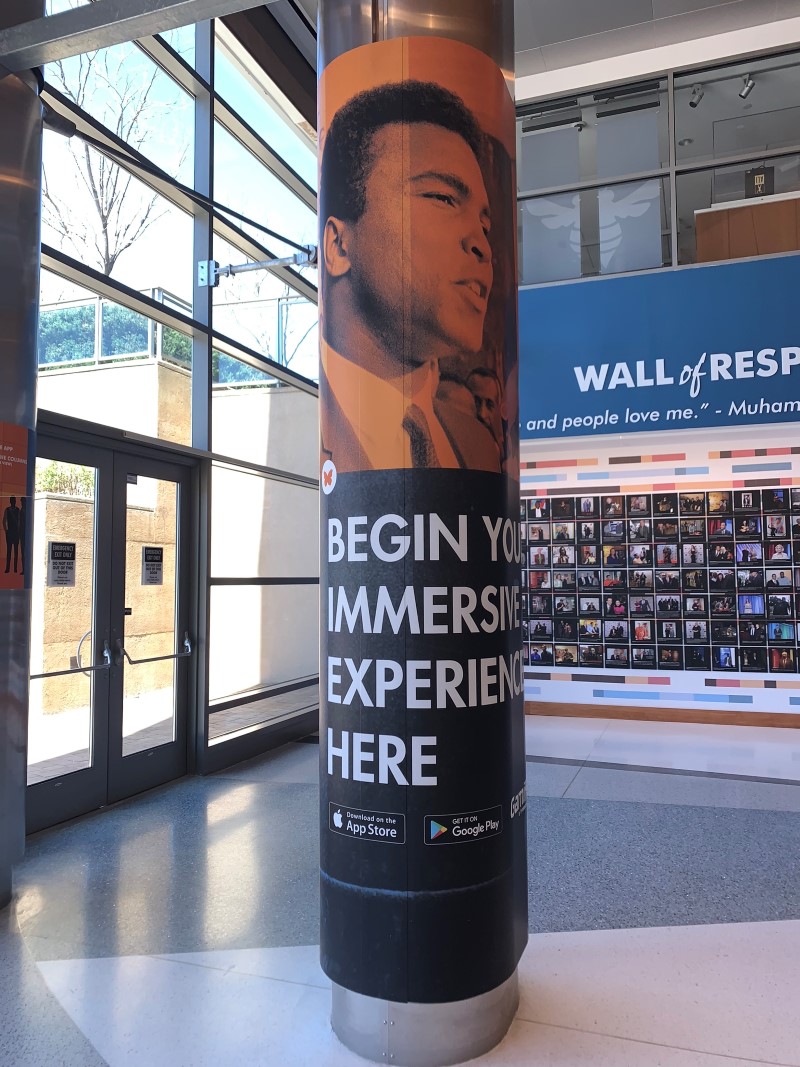 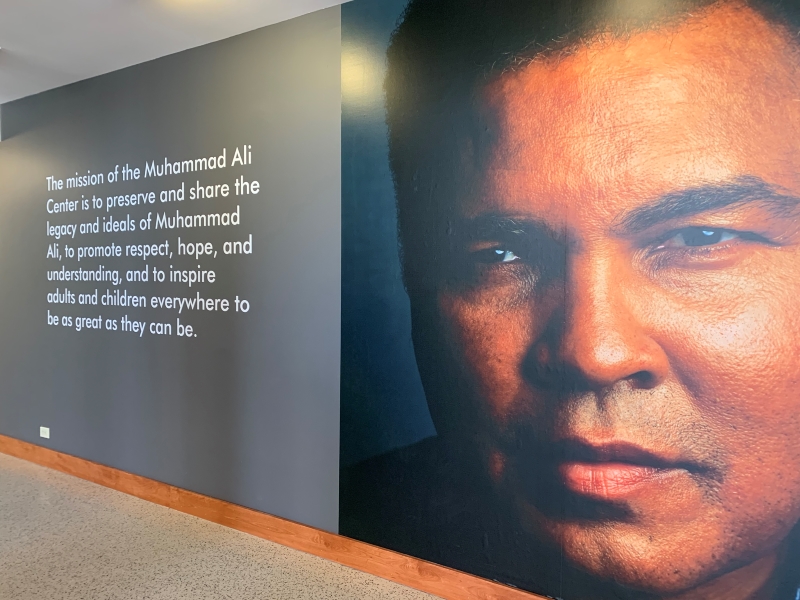 The Muhammad Ali center welcomes people with a transformed and visually enhanced lobby. The installation was completed in time for the center’s grand reopening taking place during Kentucky Derby festivities in Louisville, which helped provide great exposure just weeks before the annual “I Am Ali” festival. “The project was a perfect melding of the important and iconic elements that needed to remain by repurposing pieces, blending the old with the new and brightening the space with new branding colors,” said Susan Cilone.