Most of the posts in this blog have discussed different aspects of design and how significantly design impacts communication. We’ve talked about colors and fonts, figure ground, and sign elements, just to name a few. One fundamental of design we have yet to explore is the pattern. This post will explore patterns as a visual component.

A pattern is defined as a regularity in the natural and man-made world that repeats itself in a predictable manner. You can also often think of a pattern as the skeleton of a design - the bones that help to organize the design and give it shape. It may include lines, shapes, colors, or forms. The pieces of the pattern are known as motifs; the motifs are repeated into a pattern. But the defining characteristic of a pattern is that the motif repeats. 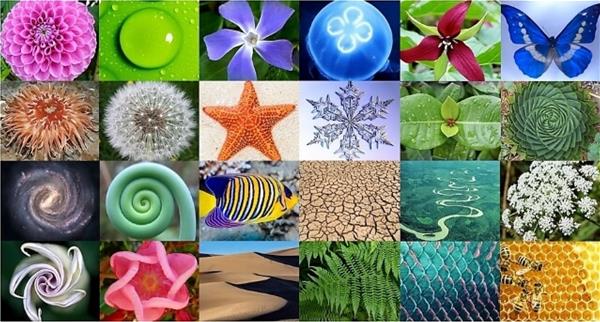 Patterns fall into two different general groups - regular and irregular. How complex a pattern is, in either group, depends upon the motif and the way in which it is repeated.

We recognize nine distinct types of patterns in our natural world that all visual elements fall into. They include: symmetries, trees, spirals, meanders, waves, foams, tessellations, cracks, and stripes. Let’s explore each of them.

Trees: tree patterns are fractals that repeat smaller and smaller copies of themselves. Each tree branch, from the trunk to the tips, is a copy of the one that came before it. These fractal branches are mathematically sound: when a parent branch splits into two or more child branches, the surface areas of the child branches add up to that of the parent branch. Another example of the Trees pattern in lightning. 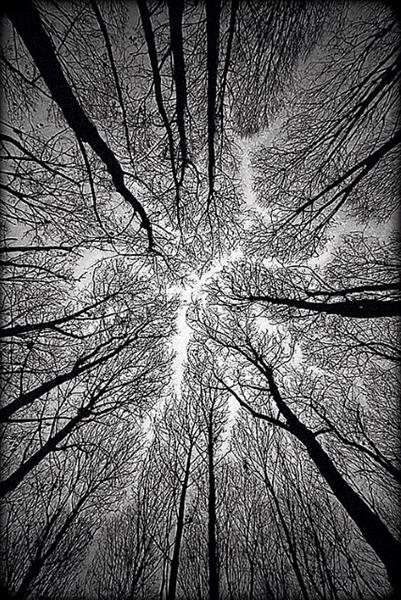 Spirals: A spiral is a curved pattern that focuses on a center point and a series of circular shapes that revolve around it. Examples of the spiral pattern include the nautilus shell or a pine cone. 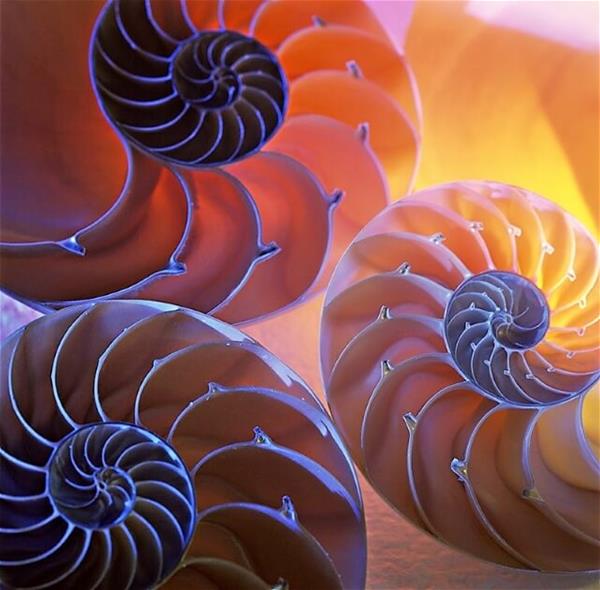 Meanders: A meander pattern includes a series of regular curves, bends, loops, turns, or windings. This is easily seen in a photo of a river taken from the air, or in the movement of a snake. 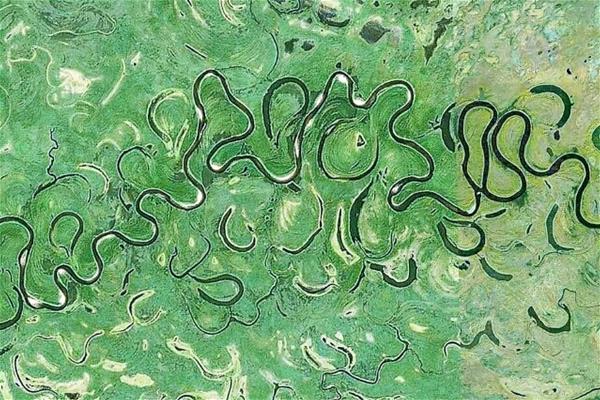 Waves: Waves are disturbances that carry energy as they move. The wave pattern is best seen by looking down at the ocean as it repeatedly comes up onto the sand. It can also be seen in sand dunes and in grasses that move in the wind. 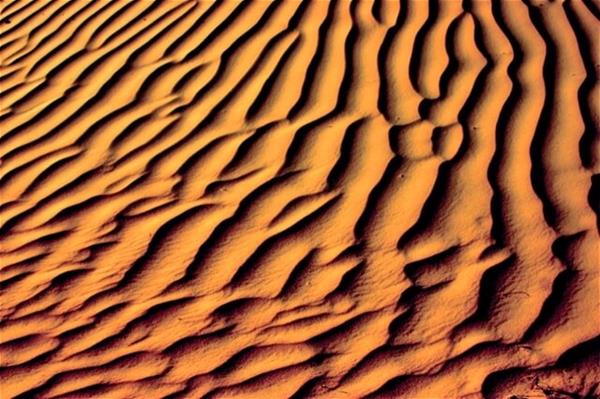 Foams: Foam consists of bubbles packed together in a fractal pattern, but other types of foams can be seen within the patterns of certain animal species such as the leopard, giraffe, and tortoises. 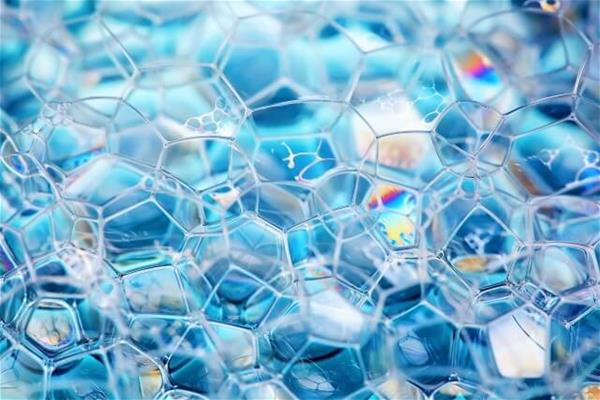 Tessellations: are arrays of hexagonal cells. Examples include a honeycomb or the diamond-shaped scales that pattern snake skin. 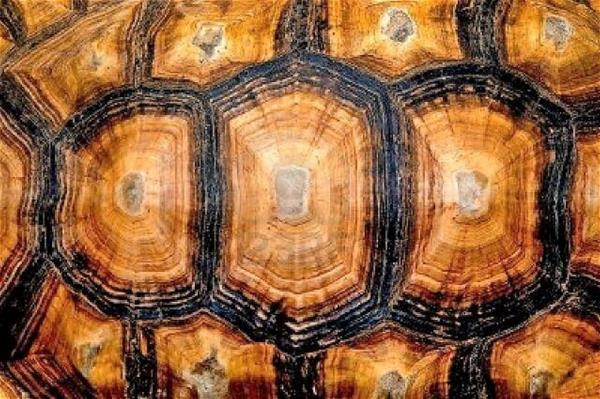 Cracks: Cracks are linear openings that form in materials to relieve stress. When a material fails in all directions it results in cracks. The patterns created reveal if the material is elastic or not. Examples can be found in rocks, tree bark, or in dried mud. 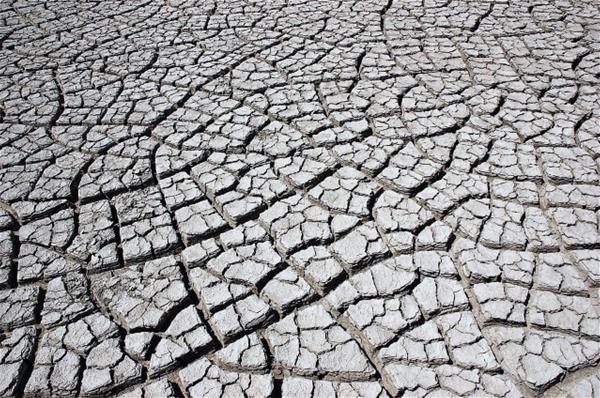 Stripes: While the stripe pattern’s primary function in the natural world is camouflage, the way in which stripes are formed is still not defined. Examples include the zebra, the tiger, and the angelfish.

Man made patterns exist as well, and in all cases are built from their natural world roots. For example, we see man made patterns of symmetry in architecture. A cathedral would have equivalent and symmetrical sides to the building. 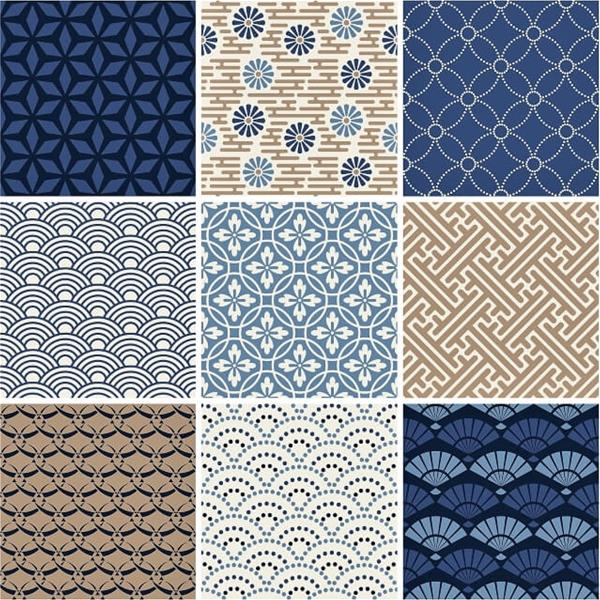 Understanding the core repeating patterns that exist in the natural world provide us with frames to build designs on, and offer us foundational pieces that visual elements are based on. We can use these patterns to more effectively communicate when we understand how they impact us in our natural world.