The 5 Most Famous Signs in Baseball

Baseball is a game steeped in history, a game where the changes have often mirrored those going on in the country itself. Today's game still captures our imagination with its face-value entertainment and rich history. Much of that history is captured in the iconic signage that appears in parks across the country, and today we’re looking at five of the most famous signs in baseball.

Located in left field at Boston's Fenway Park, the Green Monster wins the award for the most intimidating name. The wall itself is 37 feet tall and 231 feet wide. Initially built as a wooden fence in 1912, the Monster has been rebuilt in tin, concrete and hard plastic over the years. Today the monster isn’t quite as green as it used to be, as advertisers have recognized this well-known institution and flock to place their logos on its sides. Fans also adore the monster and a seat at its top is coveted.

2. The signage of the original Yankee Stadium. 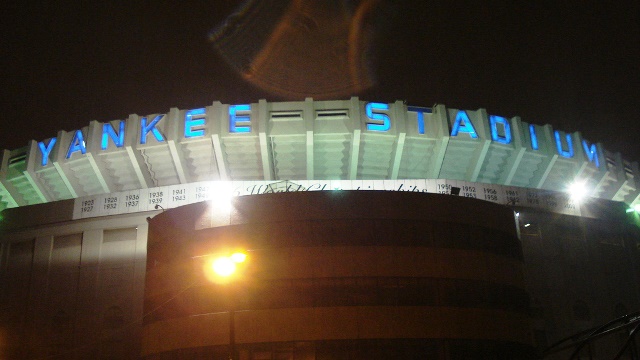 The former home of baseball’s winningest team, every inch of the original Yankee Stadium was famous in its own way. Fans remember the words YANKEE STADIUM scrolled in big letters on the building’s outside and the Yankee logo that sat behind home plate. Given its popularity and the team’s success, it’s no surprise that today’s modern-day Yankee Stadium is nearly a carbon copy of its predecessor. 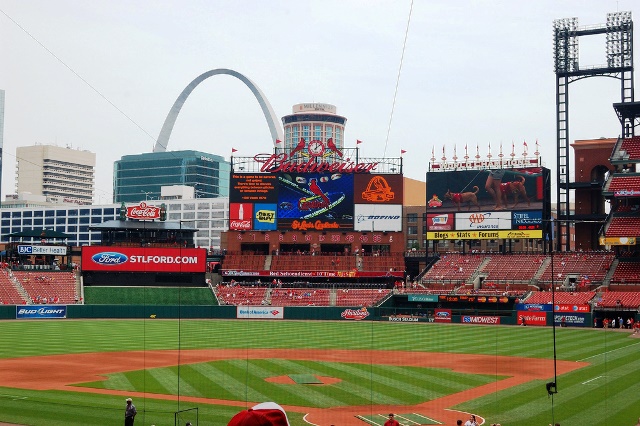 The St. Louis Cardinals have been one of baseball’s most successful franchises over the last 30 years, and since 2006 the team has called the 46,000-seat Busch Stadium III home. Not surprisingly, the most commonly seen sign in Busch Stadium relates to the sponsor. A gigantic Budweiser sign sits above the scoreboard and with the famous Arch in the background, its one of the most recognizable signs in baseball. 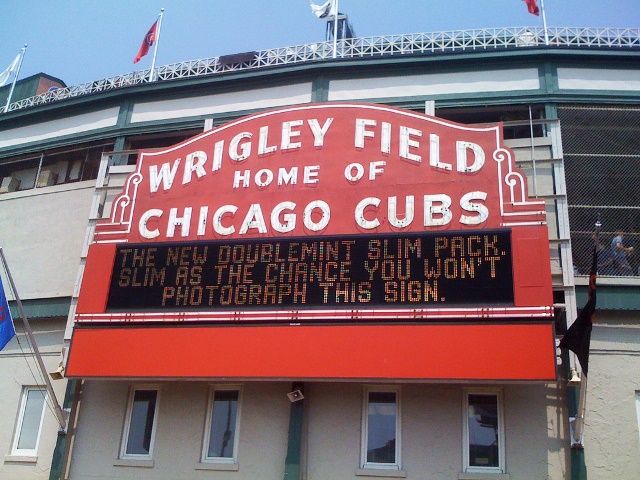 One of baseball’s most well-loved teams also has one of the sport's most iconic signs. Wrigley Field’s famous red sign is mounted on the stadium’s exterior, letting everyone know that the field is the home of the Chicago Cubs. It also displays the score of the game being played inside. Made even more famous by its appearance in Hollywood movies, the red sign and the stadium itself are popular tourist targets any time of the year.

It’s not a park in itself, yet every professional baseball player wants to make it there. Cooperstown’s most famous sign is arguably the city’s welcome sign, inviting you to the home of the historic Baseball Hall of Fame. Millions of fans visit every year. And for those who'd love nothing better than to lace up the cleats, the sign for Cooperstown’s Dream Park represents the opportunity for those fans to live out their childhood dreams of baseball stardom, if only for a short while.

Which famous signs stand out to you at baseball parks across the country? Share your thoughts with us on our Facebook page, or tweet us @FASTSIGNS.