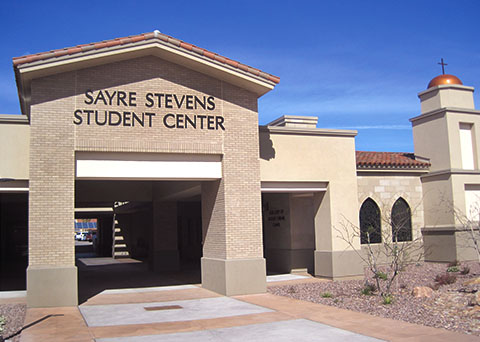 Recognition and Gratitude Displayed Beautifully With Signs and Visual Graphics

Salpointe Catholic High School launched a major donor campaign to fund a new student services center and a STEM (Science, Technology, Engineering and Math) center. Donors who contributed the most would have buildings and campus locations named in their honor; mid-level donors would receive recognition plaques. All donors would also have a plaque on a special mural.

FASTSIGNS® teamed up with the school’s administration, the builder and the architect on the recognition project. The fundraising campaign was so successful that the architect had to design two separate donor walls, and FASTSIGNS designed and typeset all of the weather-resistant plaques and letters used to create the murals. The other aspect of the donor recognition project included naming opportunities for other existing locations around the school. FASTSIGNS designed and manufactured frames and panels for their newly named softball scoreboard, as well as a new main entrance sign to their athletic fields. Due to the new construction on campus, the high school came to FASTSIGNS for other signage needs. Much of the new construction was a glass design, so frosted vinyl was used on the doors and windows that needed identification graphics, giving them an etched look. Multiple wall and freestanding wayfinding directories also were added to direct students, parents and faculty. 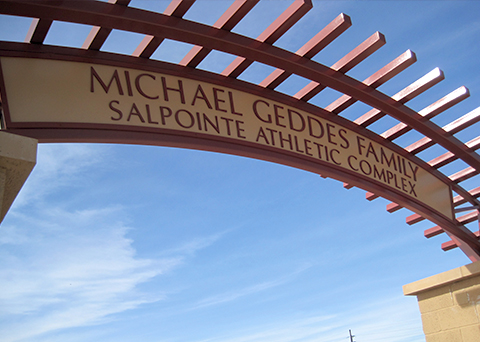 “The two donor walls came out spectacularly,” said FASTSIGNS’ Byron Patton. “Today, people who didn't donate during the fundraising campaign, or are simply new to the school, regularly ask how they can be a part of these beautiful works of art. This has allowed the school's foundation to gain new donors and start new recognition efforts, which FASTSIGNS is and will continue to be involved with.”

*FASTSIGNS of Tucson, AZ – Speedway is owned by Byron Patton.