How One Franchisee’s 14,000-Foot Goal Mirrors Success in Business

The alarm announces 2 a.m. and Larissa Croll, dedicated hiker and franchisee at FASTSIGNS® of Englewood-Littleton, rises from her comfortable bed to accomplish a goal she’s been prepping for over the last several months to attain. She and her hiking companion travel the hour and a half drive to the trailhead of Mt. Bierstadt outside Denver, Colorado, where they will climb to the 14,000-foot peak. This is Larissa’s second 14er after her inaugural hike to the top of Mt. Sherman in 2019 with her father.

Interestingly enough, Larissa’s incredible hike was the perfect analogy for what small business owners experience along their entrepreneurial route. Here are few ways that hiking a 14er (or any mountain hike for that matter), is like running a successful business:

The Drive: Setting the Goal: 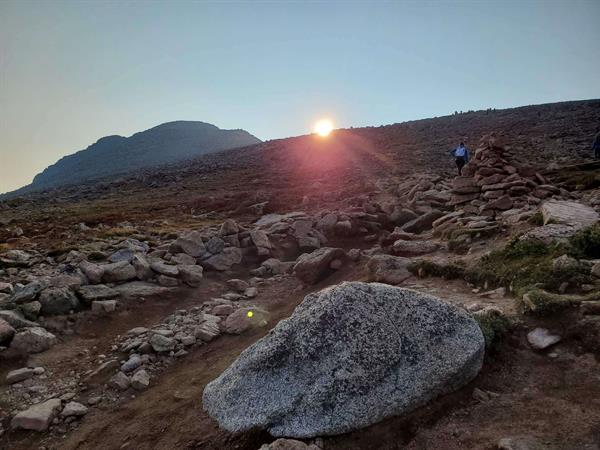 Hiking a mountain and running a successful business both involve serious determination and goal setting. Whether it’s hitting a certain elevation or a specific sales figure, knowing where you’re going is key.

“Setting Goals is the first step to turning the invisible into the visible,” said Tony Robbins.

Larissa revealed that she wasn’t exactly drawn to the mountains as a child and actually didn’t enjoy family time on the trails. But when Kim, her local running buddy, asked if she had ever tried trail running, Larissa decided to give it a go. Larissa began to love getting a workout in the great outdoors, and it was a natural progression for her to ultimately decide to hike up to a summit.

Having the drive and willingness to tackle the goal is the foundational step in achieving it. Even if there are twists, turns and setbacks along the way, the goal can still be achieved if one keeps pressing forward with perseverance. So what comes next? 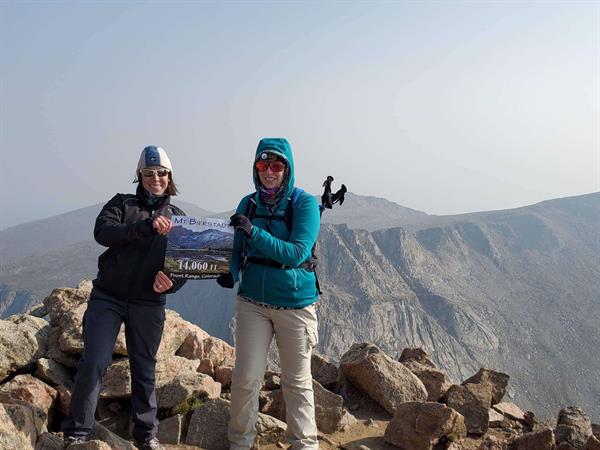 Accomplishing the goal of hiking to the top of a 14,000-foot peak and being successful in business both require an amount of preparation with adequate training and the right gear and tools for the task at hand.

Larissa prepared by tackling trail runs on her weekends and built up her endurance to achieve 7 1/2 miles regularly. Getting in shape and staying that way was an important part of her prep work. Strengthening her heart and lungs with cardio would later enable her to continue onward and upward into thin air on the mountain.

In business, you can’t just work in your business but on your business. Webinars, training sessions, continuing education, books, articles and conversations with other successful business owners are all part of the training components that contribute to success.

B. The Right Gear and Tools

Larissa created a checklist of items she knew she would need for the ascent and gathered them beforehand. In the same way, successful business owners must prepare for success rather than just hoping for it. The hiking list mirrors an effective Business Plan.

In regards to making progress toward her goal, Larissa shared that “it involves DOING the steps and checking them off on the way to the goal.”

In addition to hiking boots that supported her ankles and trekking poles to support her balance, Larissa noted that she also brought extra lightweight layers. These were important in case she ended up needing them in the colder temperatures due to elevation. Being mindful of lightweight layers mirrors the idea of running a lean business, cutting costs where it makes sense and remembering that Cash is King. The lean model is a necessary course of action for business owners during an economic downturn. 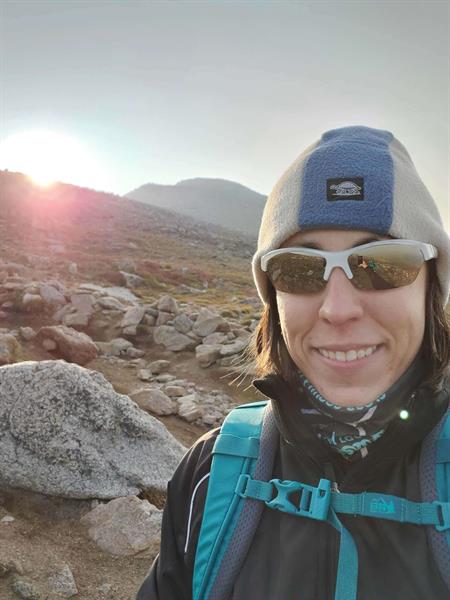 Avid hikers and savvy business owners know that receiving help and utilizing your resources is wiser than expecting to succeed all on your own. Larissa was fully prepared for her second 14er hike after the direction she had received from her dad on Mt. Sherman.

In addition to her father’s instruction, she also had the value of other hikers who had come before. Along the route, there were Cairns perfectly poised to direct them on their journey upward. A cairn is a man-made pile (or stack) of stones, and it’s how hikers will help other hikers to avoid the same navigation mistakes they might have made. Larissa and Kim were resourceful and also used the cairns to motivate themselves onward.

“It’s how we kept ourselves going when we got tired and things got really difficult,” said Larissa. Smart hikers and business owners know that success is made up of a series of small victories over time. Because of this, moving forward requires motivating oneself daily and breaking a journey of many miles into smaller steps.

As most business owners have experienced during 2020, sometimes running a business is about playing the cards you’re dealt and making the best of it. FASTSIGNS International CEO and Chair of the IFA, Catherine Monson, has adopted the following Zig Ziglar phrase for herself and her network throughout the pandemic.

“Expect the best. Prepare for the worst. Capitalize on what comes.”

In addition to Larissa’s preparation, training and direction from others, she also shared some valuable insight from their time on the trail. During their ascent, she realized that their pace was not exactly what she had envisioned and she had to accept reality for their specific situation.

“You can’t always compare yourself to others,” said Larissa. “Even though I had grand ideas of getting up the mountain super fast, I had to go at the rate my body was able to go.”

Sometimes, an economy is struggling, goals take longer to achieve, roadblocks arise or one has to completely pivot a business, just like many FASTSIGNS centers did by creating PPE for their communities.

Larissa noted that, “Three miles in, I kept looking up at the ridgeline and thinking, how is it still so far away?”

But during the last ½ mile of their ascent, the adventurous hikers marveled at how much ground they had covered even before the sun came up. They were proud of their progress and even incremental accomplishments along the way. Every victory, no matter how small, is still a victory, and business owners can benefit from this mentality as well. 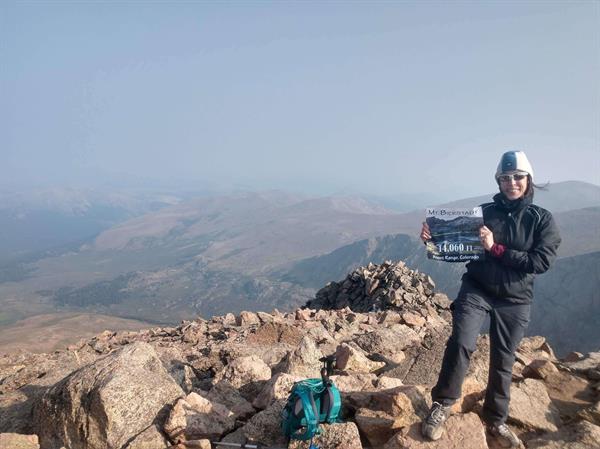 Over time and with great endurance, the adventurous spirits arrived at the top of Mt. Bierstadt. Larissa shared that she wondered, “Why did I decide to do this?” once or twice on the hike to the top, but on the way down, she was focused on planning her next trip. Reaching the summit was an amazing part of the journey, and it also inspired her, spurring her to tackle additional heights in the future. In much the same way, successful business owners build on their successes one accomplishment at a time. It doesn’t happen overnight and it’s anything but easy, but the experience at the top is always worth it.