Whether you’re a scary movie buff or have just seen a few of the classics, you know one thing: the signs often point to disaster. Halloween horror movie signs are designed as ominous and foreboding, to help clue the audience in on dark things to come. As the camera pans across some of the most memorable horror movie signs, each seems to silently tell the character to stop, think and turn back before they reach impending danger. Here are five unforgettable signs from a few favorite Halloween horror movies (warning: movie spoilers included). 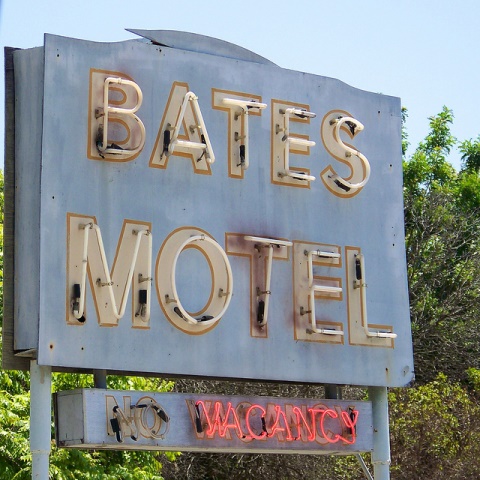 Alfred Hitchcock’s Psycho is a scary movie classic and the Bates Motel sign emerged as an iconic and haunting reminder of the terrifying events that occurred there. The neon sign flashing between vacancy and no vacancy gave audiences the feeling that those who enter this peculiar place may not make it out alive. Throughout the film, the killer, Norman Bates, suffers from a split-personality disorder and switches between his personality and that of his controlling mother, whom he killed, to carry out the murders. 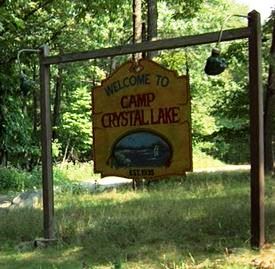 The sign for Camp Crystal Lake portrayed an average welcome sign for a summer camp. Later, it represented the location of gruesome murders. Camp Crystal Lake, or Camp Blood, as it became referred to after the deaths of campers, was the home of Friday the 13th killer Jason Voorhees. To the superstitious, Friday the 13th is recognized as a day when people are extra cautious that something could go wrong… 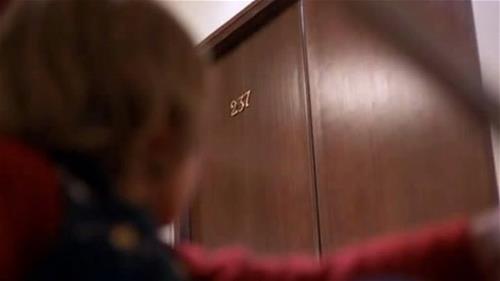 The identifying numbers on the door of Room 237 in the Overlook Hotel provide forewarning for events to come in this classic horror movie by director Stanley Kubrick. The main character’s son, Danny, is inexplicably fixated on the room. Room 237 becomes the site for horrifying events throughout the movie and even spawned a documentary of the same title. 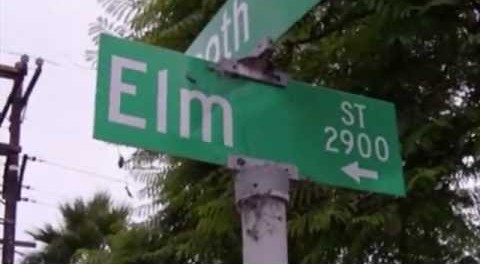 Wes Craven’s 1984 horror film, A Nightmare on Elm Street haunted the dreams of viewers everywhere. The Elm Street sign is bent and looks weathered, conveying the feeling that something is amiss on Elm Street. Audiences later discover that “thing” is a nightmare-haunting creature by the name of Freddy Kruger who terrorizes the kids of Elm Street through their dreams.

Stephen King’s novel, IT became a frightening television miniseries in 1990, and was recently adapted into a film. The story focuses on seven young outcasts who are targeted by an evil shapeshifting being, most often shown in the form of a clown, Pennywise, who preys on its victim’s worst fears. In the original miniseries, the “Welcome to Derry” sign was a dark symbol to those entering and leaving the cursed town. In the 2017 movie, the curfew reminder sign added an ominous feeling to the already anxious atmosphere.

These scary movie signs may forever trouble audience’s memories as subtle indicators that something bad was going to happen. Designed to clue the viewer in on things the characters don’t know yet, these signs were carefully placed into each film to serve as a cinematic road map to doom. What are some of your favorite scary movie signs? Let FASTSIGNS know on Twitter or Facebook.