Signs in Advertising : A Brief Walk Through Time

Imagine you are walking down a street full of doors, but zero signs. How would you know what was waiting behind the door? Or, what if you found an object but had no idea what it was for or how to use it?

A world without signs is scary enough to be a perfect set up for a Stephen King novel.  Luckily, the modern world is full of signs to point you in the right direction. But, it hasn’t always been that way.

Over the centuries, advertising developed out of necessity. Advertising signs dating back as early as 3000 B.C. have been found in stones and on bricks. These were used to designate where a town “crier” or “barker” had set up shop and what type of wares he was selling. These types of signs were carved into wood or drawn in rocks at market places in Egypt, Rome, Greece and the Middle East. The merchants used symbols recognized by their culture since most could not read. In Rome, taverns were identified by a sign with the symbol of the god of wine, Bacchus.

A more modern version from France – courtesy of Sara Kahn on Pinterest.

During the Middle Ages, signs evolved from basic symbols into artistic expression. Merchants began to have artists create signs for their stores using more colors, elaborate carvings, gilt and paint. Signs were still optional at this point. However in 1389, King Richard II of England enacted the first law regarding advertising signs. It stated that all taverns must have a sign – otherwise, the owner had to forfeit his ale.  That’s a pretty motivating incentive. In fairness to King Richard II, the signs were important because they designated what type and quality of ale was used. Ale was used as a replacement for the very contaminated water they had at the time. 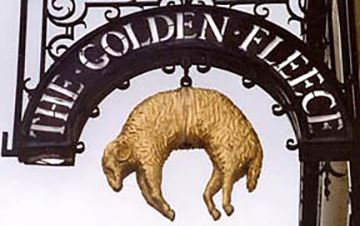 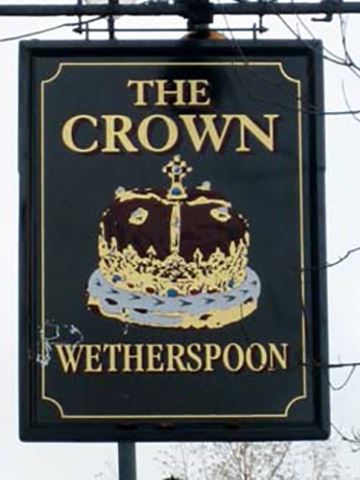 With the invention of lithography in the 1790’s, mass production of posters and announcements was made possible. In 1835, circuses began to use billboards to announce their shows. Soon after, P.T. Barnum’s Museum began using a gas lit display in 1840. This soon extended to theater marquees, drug stores and retail locations.

In 1882, the first electric sign was displayed at the International Electrical Exposition and the age of illuminated signs began. Innovation using neon and fluorescent tubes continued through the war years.  However, many of those were replaced with plastic after World War II.

Billboard advertising saw a huge boom during the 1900’s as the popularity of automobiles increased. Billboards have continued to get more creative with stand offs and digital media, which allows advertising space for multiple businesses on one billboard.

Today, we continue to see innovation. From digital signs to augmented reality, which combines and signs and videos, we continue to find new ways to advertise our businesses and products using signs and graphics.