Carving pumpkins, setting up spooky decorations, putting together the best costumes and trick-or-treating are how many of us enjoy this time of year. The weather is beginning to cool in most parts of the country, leaves are changing color and a festive season is upon us. What is October without a few (or many) Halloween movies?

As a sign and graphics company, it is impossible for us not to notice signage in everything we do and see—movies included. When it comes to Halloween movies, signs within the film often become as notable as the characters. We highlighted a few in our “5 Scary Signs from Classic Halloween Horror Movies.”

Take a look at five more of our favorite classic Halloween movies and the noteworthy sign in each one. Note: spoilers ahead! 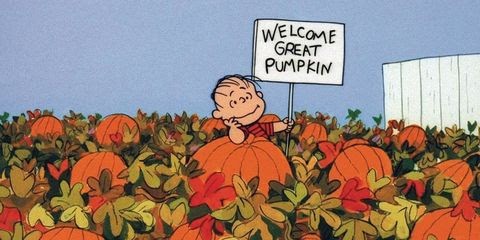 First airing on television in 1966, The Great Pumpkin Charlie Brown is a short movie that follows the Peanuts gang as they celebrate Halloween. Linus camps out in the local pumpkin patch and patiently waits for the arrival of the Great Pumpkin. It is this image of Linus and his welcome sign as he innocently waits, that most recall when thinking of this movie classic. And while he may have been disappointed this year, there’s always next Halloween, right Linus?

The opening song immediately plunges you into the creepy fun of Halloweentown, focusing on the scarecrow with a large Jack-o-lantern head. Atop the figure is the wayfinding sign pointing viewers to Halloweentown. At the end of the opening song, the walking scarecrow transforms into the main character and pumpkin king, Jack Skellington. This first on-screen sign is what introduces you to the story and its quirky setting. We also want to give a well-deserved runner up mention to the Holiday Doors shown on the seven trees in the Hinterlands that Jack stumbles upon. Each of the symbols on each tree represent the holiday that their world is based on as “signs” of what is to come upon entering. 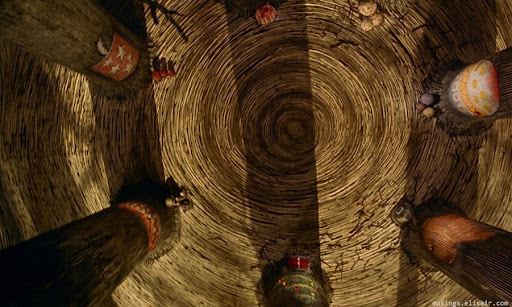 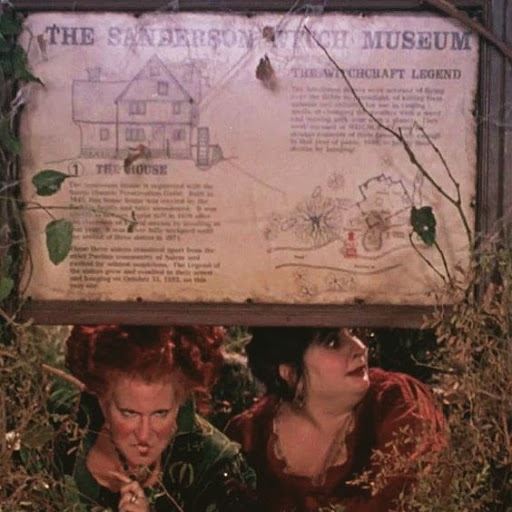 The Sanderson sisters, three witches trapped in a spell book from hundreds of years before, are inadvertently resurrected by Max, a teenage boy in Salem, Massachusetts. Comedy and adventure ensue as three kids and a magical cat try to stop the witches who are plotting to become immortal through the stealing of children. The house where the Sanderson sisters lived 300 years prior was turned into a museum, which is where Max lit the Black Flame Candle and brought the witch trio back to life. The setting for where their story began and where the witches return inspires the historical directory and information sign that shows the house has become a museum, the perfect symbol for keeping the story current while dipping into folklore. 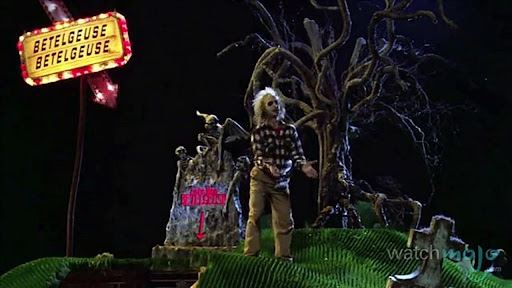 Newly deceased married couple Barbara and Adam Maitland want the new tenants of their home, the Deetz family, gone. Their failed attempts to scare the family off lead them to the netherworld, looking for assistance and eventually to the gravesite of Betelgeuse (“Beetlejuice”). It is here, with the neon sign pointing obnoxiously to where he is buried, that the over-the-top Beetlejuice is introduced and his off-putting shenanigans begin. The sign is as loud and difficult to ignore as the character proves to be. When his underhanded assistance turns out to be too risky for the Maitlands, they decide to contain him and find a way to live in harmony with the Deetz family.

Parapsychology professors at Columbia University, Peter Venjman, Ray Stantz and Egon Spengler are fired following a ghost encounter gone wrong. The team create the “Ghostbusters,” a paranormal and elimination service, working out of an old firehouse. It is outside of their firehouse building of operations that their sign hangs, sporting their well-known Ghostbuster logo: a white cartoon ghost, inside of a red cross-out circle. The only thing more synonymous with the Ghostbusters and their string of movies that spans from 1984 to 2021? The catchy theme song and the unique Ectomobile they drive with vehicle graphics of their logo prominently displayed on the doors. 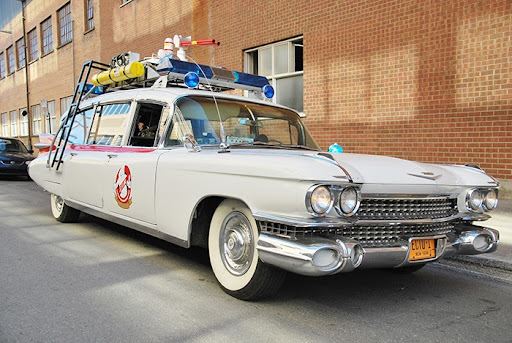 This year, as many may opt for Halloween celebrations from home, movies are a great way to enjoy Halloween and keep the season spirit going. These five classics have a little less horror, but are still big on fun and can be enjoyed by the whole family.

Which Halloween movie signs are your favorite? Which ones did we miss?