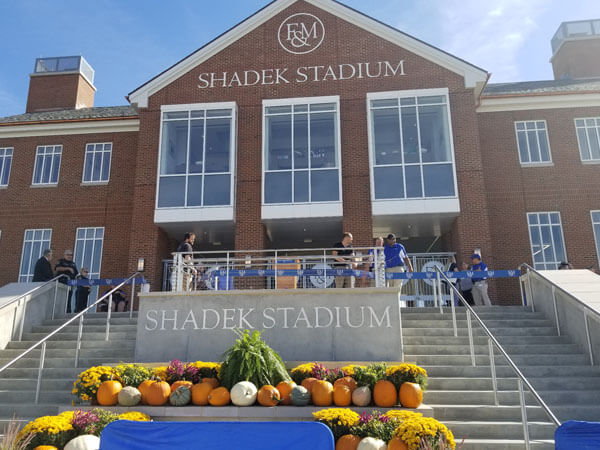 Branding a University Stadium to Shine Light on the Future

Franklin & Marshall College, one of the first universities in the United States and established in 1787 in Lancaster, Pennsylvania, constructed a new, multi-purpose stadium located in the heart of the campus. Turner Construction, the firm managing the project, asked FASTSIGNS® to help design and provide all of the signs and visual graphics for the stadium.

Working with Turner Construction and the college’s facilities, athletics and marketing staff, a visual communications plan to brand Shadek Stadium was developed to attract students, faculty, fans and visitors.

“Our goal was to create a comprehensive sign and graphics package that paid tribute to the school’s rich heritage, as well as reflected the modern branding and team spirit,” said Angela Allison, Senior Visual Communications Expert at FASTSIGNS of Lancaster.

To identify the stadium, site signs were provided, and exterior aluminum letters, banners and logo graphics were mounted on the building.

Banners, wall graphics and pole flags featuring images of players and coaches promoted the football team. Wall graphics displaying the team’s logo and branding were placed at the stadium’s entrance, in hallways and in the VIP suites. The team’s core values were displayed on a brushed aluminum wall sign. To extend the décor, custom framed prints were recreated from historic photographs of Franklin & Marshall College.

On the playing field, an impressive 60-foot-tall digital scoreboard was installed, which includes a 14’ by 25’ LED screen to display custom content and video, a digital score display, game clock, sponsor graphics, speaker system and illuminated channel letters. The team at FASTSIGNS oversaw the entire installation of the structure, digital signage equipment and content management system. 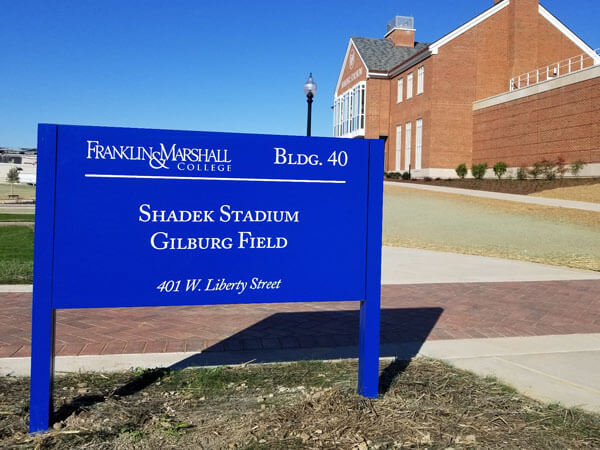 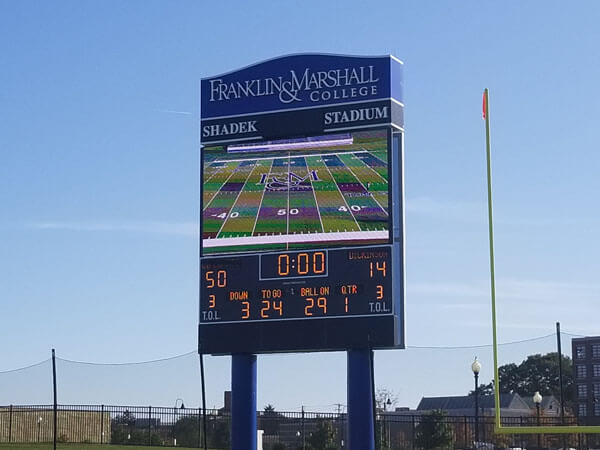 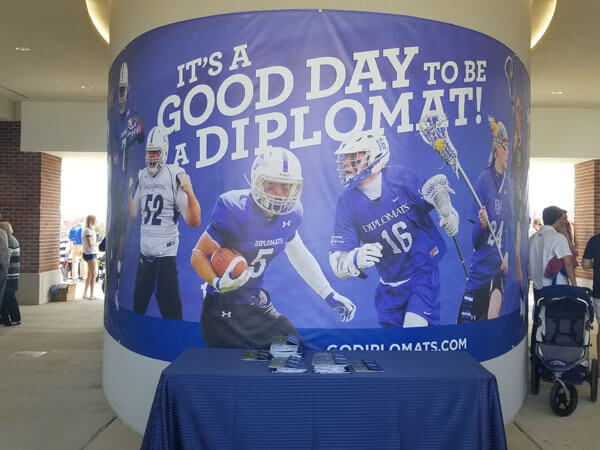 FASTSIGNS of Lancaster, PA is owned by Clint Ehlers.