Famous Signs From Around the World

The world’s most iconic signs can be found on postcards, t-shirts, popular vacation photos and all over social media. Whether the sign was made famous by the location, what it represents or by its pop culture significance, these one-of-a-kind signs are continually photographed and shared. People from all over the world stop to snap photos of these famous signs that represent everything from the Golden Age of rock music to the slots of Sin City… 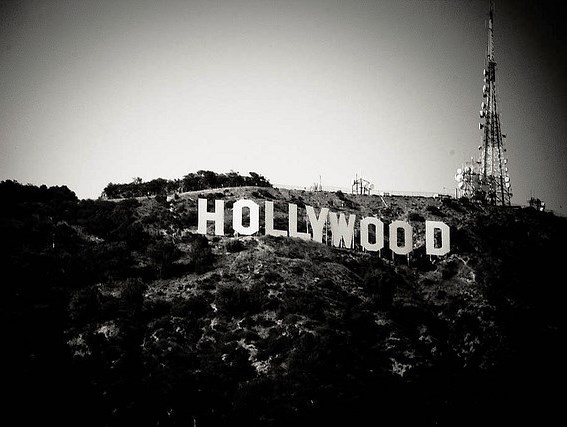 The Hollywood sign is a must-see for anyone heading to southern California and a worldwide symbol of the entertainment industry. The sign (which isn’t accessible by car or public transportation) was created in 1923 and originally read “Hollywoodland” as an advertisement for a local real estate development firm. Later shortened to just Hollywood, the sign became dilapidated during the middle of the century. But in 1978 Hugh Hefner held a charity fundraiser where celebrities like Alice Cooper, Gene Autry and Andy Williams sponsored individual letters for over $25,000 a pop to restore the sign to its former glory.

The Welcome to Fabulous Las Vegas Nevada sign is an international emblem of the lights, sights and nightlife of Sin City. The sign has been photographed countless times in both daylight and after dark when the iconic sign lights up to its full neon glory and the city really comes to life. Though the sign isn’t located directly on the Vegas strip, tourists still make the drive to snap a shot of the famed sign before returning to the craps tables. It’s not uncommon to even see a couple being married by an Elvis impersonator beneath this famous landmark. 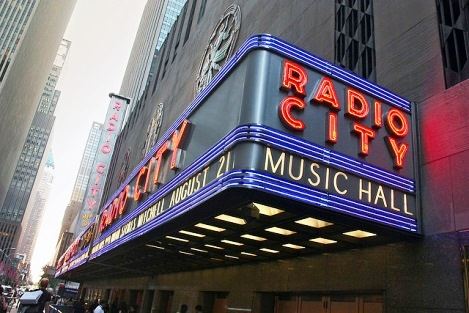 This iconic sign defines the brilliance, movement and energy of the Big Apple. The Radio City Music Hall elevated a city that had just experienced a market crash in 1929 and the idea for a music hall came from none other than John Rockefeller Jr. In 1932, the lights were turned on, attracting tourists to the biggest theater in the world during that time. Everything about Radio City Music Hall is larger than life, including the massive electronic marquee and sign that stretches for an entire block, illuminating the street and displaying upcoming performances at the theater.

The London Underground is the city’s main transportation hub and the iconic sign is a recognizable symbol across the world. People can actually buy the red and blue signs directly from the Transport for London online store, and the signs can be seen anywhere along the London Underground Routes. The symbol found on the sign has been widely adopted as a pop culture symbol for fashion labels, nightclubs and even the Occupy London activist movement. 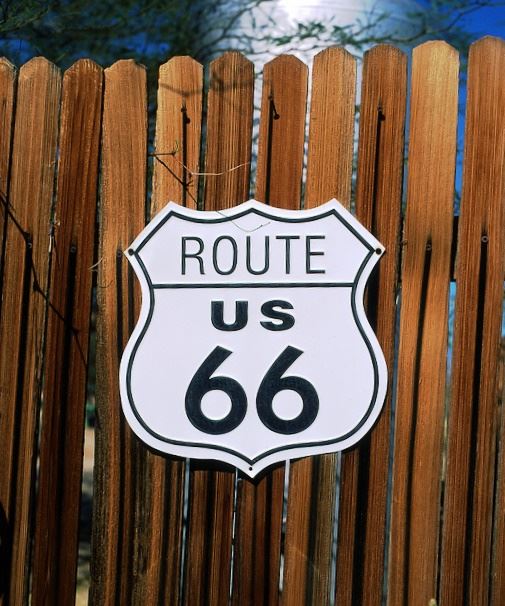 These signs are so well known to Americans that there is even a clothing brand named after them. Route 66 was originally a 2,400-mile highway connecting Chicago to Santa Monica, spanning half of America. Since 1927, Route 66 has been marked by the iconic black and white signs. The entire route isn’t intact today but road trippers can drive the majority of it, enjoying the feeling of adventure and nostalgia while stopping at the diners, vintage gas stations and themed motels along the roadside. 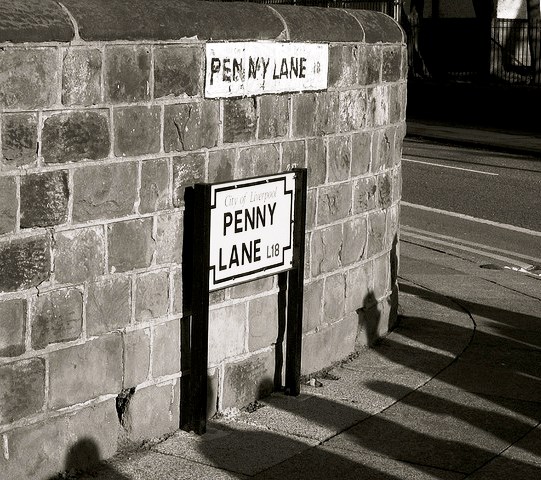 Made famous by the iconic Beatles song by the same name, Penny Lane is one of the most photographed signs in the world. The original street sign is located in Liverpool, England near where John Lennon and Paul McCartney grew up. The boys would meet at the Penny Lane intersection to catch the bus into town. After the release of the song, street signs saying Penny Lane became constant targets of theft. The city began to paint the street name on the side of buildings instead but later switched back to street signs, although theft occasionally still occurs today. 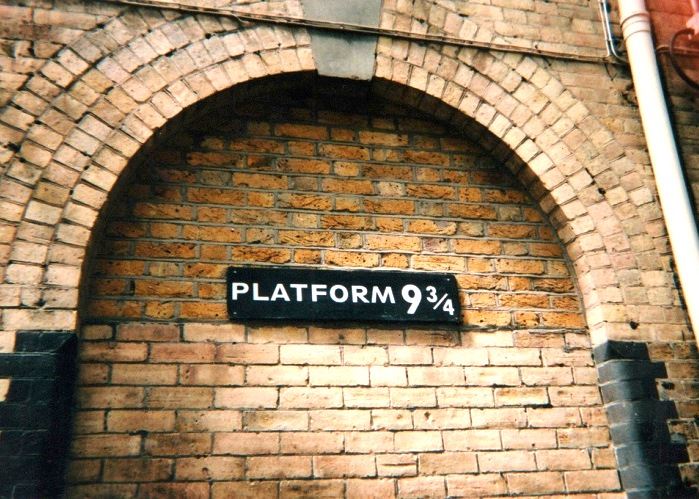 Harry Potter fans from all over the world flock to Kings Cross Station in London to get their photo taken with the fictional portal to the Hogwarts School of Witchcraft and Wizardry. Sure, it may be a fictitious place, but that didn’t stop Kings Cross Station from adding the famous sign to their real-life platform. Mobs of tourists taking photos with the sign became a large obstacle for commuters riding the train so the sign was moved from its original location on the actual train platform to a brick wall next to a Harry Potter-themed gift shop. Superfans dressed as Gryffindor, Hufflepuff, Ravenclaw and Slytherin students pose for photos pretending to run through the gateway and into Potions class at Hogwarts.

Whether the iconic sign signifies a fictional platform for wizards, cross-country highway, famous rock song or lasting symbol of the entertainment industry, these signs will always be on tourists’ lists of things to see and photograph. So charge your cameras and smartphones and try to top the millions of photos that continue to be taken in front of these legendary signs.