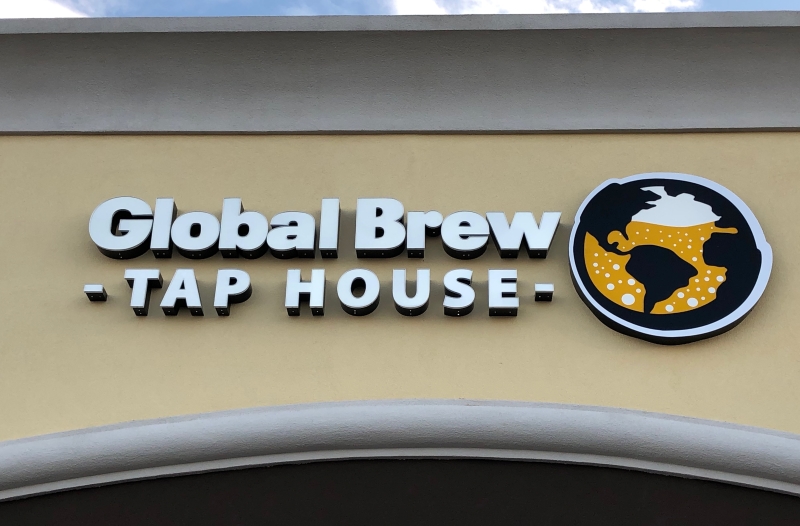 Brewing Up Brand Visibility in a Competive Market

Global Brew Tap House was preparing to open their new-to-market franchise location in Schaumburg, IL and needed signs and visual graphics that adhered to their brand standards, and had a local flair to help them stand out in the competitive craft brewing market

Unhappy with their sign provider, Global Brew Tap House reached out to FASTSIGNS®.

While the more permanent signs and visual graphics were being designed and built, “Coming Soon” banners were placed on the building to create excitement and engage with the local community. Vehicle magnets were placed on the management team’s vehicles to let people know a new location was coming and hiring.

Illuminated channel letters were installed at the front and rear of the new building to provide visibility from two major streets. A logo on the pylon sign at the entrance to the plaza helped build awareness and guide traffic to their location. Inside their facility, the Global Brew branding was extended throughout with large wall graphics, fine art prints, and frosted vinyl on glass. ADA signs were installed, business cards were created and custom clocks were hung. 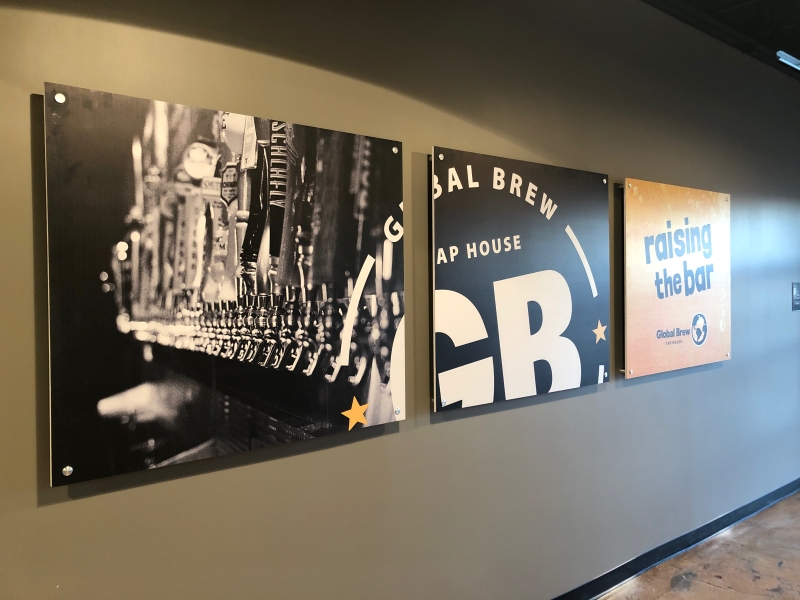 The signs and graphics put the seventh location of the Global Brew Tap House on display in a way that engaged the local community and helped kick off operations in a new market, and maintained brand standards.