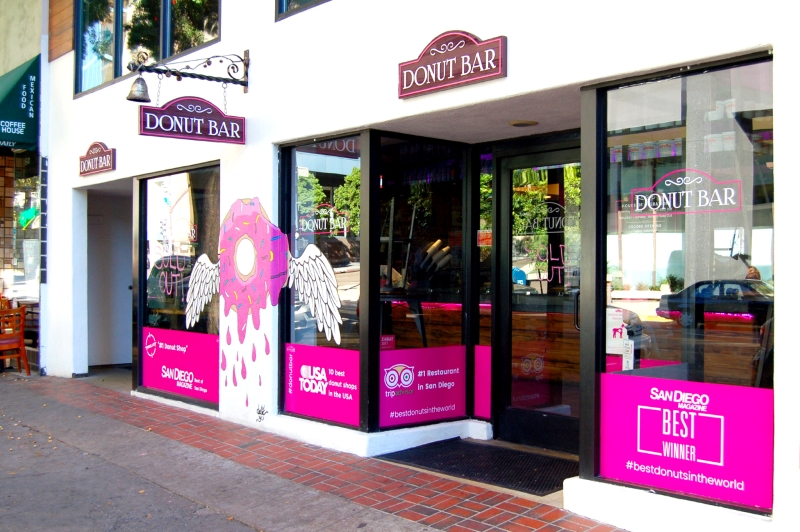 A Glaze of Graphics Sprinkled with a Splash of Curb Appeal

After opening in 2013, Donut Bar, located in Downtown San Diego, became a local hotspot that often sells out of its sweet creations. Capitalizing on their success, Donut Bar prepared to begin offering franchise locations and needed a consistent, visual branding package.

Experienced in national accounts and multiple location branding, FASTSIGNS® began working with Donut Bar to bring their vision to life. To create a distinct exterior look, a series of window and wall graphics, dimensional scenic art pieces and sandblasted signs were created.

Several large drips are a part of the DonutBar branding. Initially requested to be 18 inches in length, FASTSIGNS successfully proposed a 15-inch height to maximize materials yield and save DonutBar money at each future location. 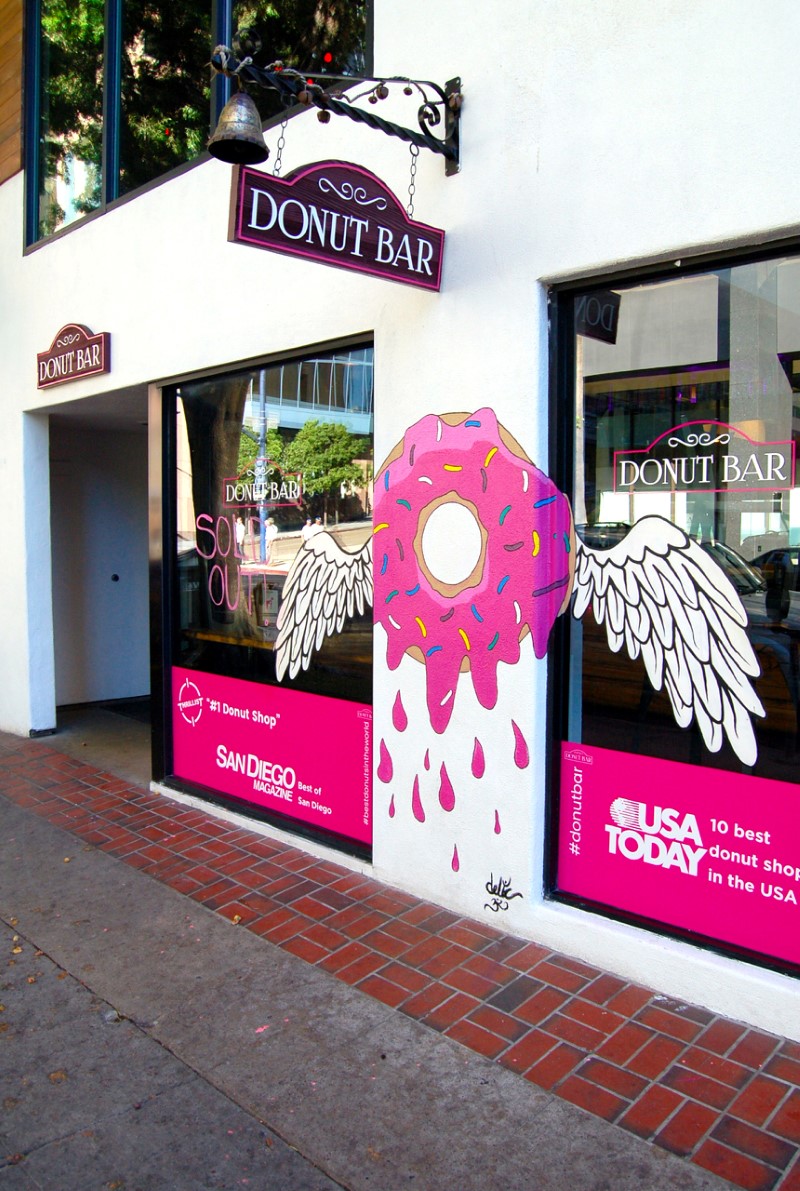 The rebranding and new signage will help play a part in the future growth and development of this budding franchise. The bright, icon-like graphics draw in customers and also serves as a fun photo-opp.