Every day we walk down the street and take in our surroundings. We wait for cars to pass, look for places to eat, for clothes to buy. We’re bombarded with messages from the moment we step out the door, and we might not even notice it. That’s because we’ve been conditioned to analyze, follow or reject these messages since the beginning of the human race. Cave paintings were the first known uses of signs and date back as far as 35,000 years ago. While the purpose of these signs is up for debate, their prehistoric origins show that signs are one of the purest forms of human communication. Let’s take a look at how the prehistoric cave paintings have evolved to meet human needs as well as where signage stands today.

It didn’t take long for humans to recognize the commercial potential of signage. According to the American Sign Museum, records indicate that sign advertising was used as early as 3,000 B.C. Still using stone and bricks as palettes, early manufacturers of weapons and tools advertised their supply with simple pictures of their inventory.

Advertising signage would progress as competition forced merchants to produce more impressive displays. The Greeks and Romans developed more modern examples of signage as they moved their messages from stone and brick to clay that allowed them to produce more intricate designs. 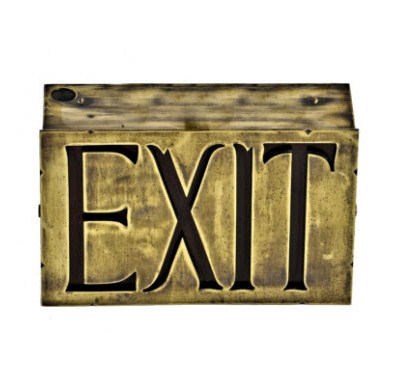 Signage continued its commercial exploits as trade and commerce expanded worldwide. But as the Renaissance in Europe (1300-1600) came to value artistic expression, signage began taking many forms, from political protest to art. Many times these forms converged and businesses began employing artists to create unique signs to attract customers. These creative designs would eventually come to identify each business much like a logo operates today.

As we moved into more technologically advanced times, we saw signage transform from practical guides to truly spectacular displays. In the 1800s, gas lighting, and then electricity, moved signs from storefronts into the streets. The lightbulb took over American signage with retail stores and theaters understanding the potential of outdoor signs and advertising at night.

The next signage evolution would come with the arrival of plastics in the 1950s as a low-cost, low maintenance signage solution. Plastic allowed sign companies to mass produce basic signs at a reduced price – a feature that businesses were especially pleased to take advantage of. These signs were limited in design, however, as they still required the detailed work of a skilled artist. 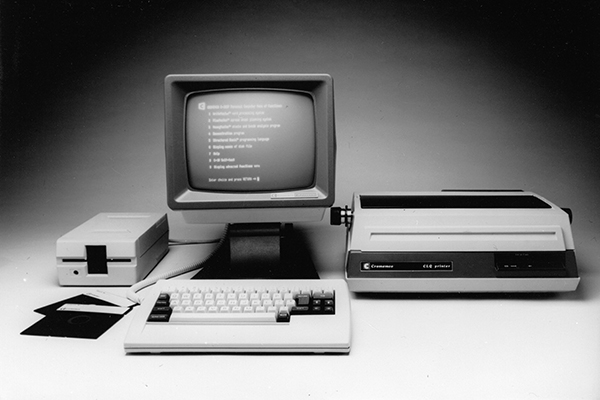 Fast forward 30 years: the personal computer has arrived, accelerating the evolution of signage at a remarkable pace. Computers allowed graphic designers to work with businesses to create custom branding.  These custom designs could now be accurately reproduced on a massive scale. This gave businesses the ability to create mass marketing campaigns based solely on a network of signage solutions.

This was a revolutionary idea for businesses, and sign companies were quick to accommodate their needs, but issues remained. While the personal computer increased design capabilities, the production process lagged behind. The new custom designs were complicated and time-consuming. Signs could be printed relatively quickly but still had to be cut by hand.

But as signs and sign companies have evolved for centuries, they continued to adjust and take advantage of new ideas and new technology. As the personal computer and design converged, so too did the personal computer and printing.  We see this evolution of signs today in 3D printing, high-speed digital printing and design software that produces higher quality signs from a more efficient workflow. And that’s something that sign companies and businesses can both get behind.

Our Favorite Vintage Pub Signs Across the Pond